The First Lady & Steve Harvey share the same birthday – who knew! They both look great!

Posted by danetteoneal1 on January 17, 2013
Posted in: Cool facts. Leave a comment 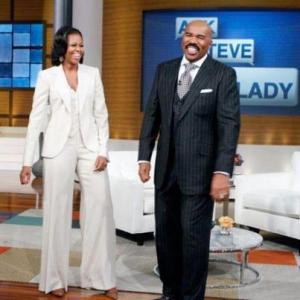 LOUISIANA POLITICS: What Is The Stelly Plan?

Posted by danetteoneal1 on January 17, 2013
Posted in: Uncategorized. Leave a comment

Background:
Before 2003, Louisiana financial crisis was due to an over-dependence on mineral royalties, which declined precipitously after 1985; an equally heavy dependence on regressive sales taxes, some of which were renewed annually or biennially; and an income tax scheme that let many taxpayers off easy. Then, in late 2002, citizens statewide adopted the Stelly Plan, named for its architect, former state Rep. Vic Stelly of Lake Charles. Essentially, the Stelly Plan “swapped” higher income taxes for regressive sales taxes on groceries and residential utilities. The higher income taxes were actually an adjustment in the tax brackets. Under Stelly, individual income between $25,000 and $50,000 a year was taxed at 6 percent instead of 4 percent. The plan was designed to be revenue neutral at first and then increase state revenues in subsequent years as personal incomes rose. The Stelly Plan worked exactly as planned.

Thanks to the Stelly Plan, since 2003 Louisiana had a balanced tax system that relies more or less equally on income taxes, severance taxes and sales taxes. Louisiana levies no state property tax. Starting in 2006, massive infusions of cash from insurance settlements, federal hurricane relief and a sudden rise in oil prices swelled state coffers with higher-than-expected sales and income tax receipts.
When Governor Jindal was elected in 2007, Louisiana faced with huge surpluses for the first time in decades and lawmakers entertained the idea of rolling back the Stelly Plan. In 2008, lawmakers started dismantling the Stelly Plan, which led to a reduction of revenue for the state.

Conrad Bain, Father on ‘Diff’rent Strokes’, Dies at 89: A Moment in history, gotta remember shows like this that had the courage to break color-barriers and Hollywood stereotyping.

Posted by danetteoneal1 on January 17, 2013
Posted in: Cool facts. Leave a comment 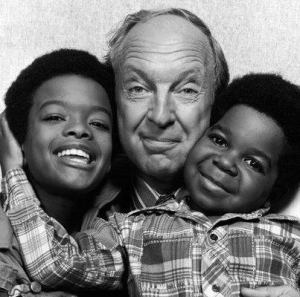 Willis (Todd Bridges) is the only surviving cast member.

Posted by danetteoneal1 on January 17, 2013
Posted in: education. Leave a comment