Click below, write Congress, and demand action against gun violence.

If you’ve taken action before on this issue, take it again, and keep up the pressure. Many members are now wavering, and if we want sensible steps that the vast majority of Americans agree on, we need to speak out forcefully NOW.
Michelle Obama sits with Hadiya Pendleton’s parents at the State of the Union address.

Here’s to hoping for the beginning of serious action against violence in Chicago, and in all inner cities.

The 2014 Winter Olympics in Russia may be one of the most expensive, with costs exceeding $50 billion. I don’t understand, then why are we having it there? Government is picking up 1/2 the cost. I do not think these countries are in as much fiscal trouble as sensationalized for us on TV, including ours. http://t.co/ZaxoaDDd

The cost of the Winter Olympics in Russia next year will exceed $50 billion, a government official said Monday in Moscow, making the Games one of the most expensive in history. The government and private investors will share the cost,The rest of the funding will come from private investors; Organizers of the 2008 Summer Olympics in Beijing spent an estimated $40 billion getting the city ready for the event.

Our prayer in the Christian church is that the Roman Catholic brethren will acknowledge the sole divinity of the Trinity and ignore all man-made traditions & customs and be led by God in choosing His next leader for them. All other Christian brethren should pray for them and the Lord’s church coming into repentance, revival and restoration into full function, purpose and mission to save and assist all other peoples in the knowledge of Jesus Christ.

Posted by danetteoneal1 on February 12, 2013
Posted in: Special Interest. Leave a comment

A MOMENT IN HISTORY: The Rosenwald Rural School Building Program

…was a major effort to improve the quality of public education for African Americans in the early twentieth-century South. In 1912, Julius Rosenwald gave Booker T. Washington permission to use some of the money he had donated to Tuskegee Institute for the construction of six small schools in rural Alabama, which were constructed and opened in 1913 and 1914. Pleased with the results, Rosenwald then agreed to fund a larger program for schoolhouse construction based at Tuskegee. In 1917 he set up the Julius Rosenwald Fund, a Chicago-based philanthropic foundation, and in 1920 the Rosenwald Fund established an independent office for the school building program in Nashville, Tennessee. By 1928, one in every five rural schools for black students in the South was a Rosenwald school, and these schools housed one third of the region’s rural black schoolchildren and teachers. At the program’s conclusion in 1932, it had produced 4,977 new schools, 217 teachers’ homes, and 163 shop buildings, constructed at a total cost of $28,408,520 to serve 663,615 students in 883 counties of 15 states. 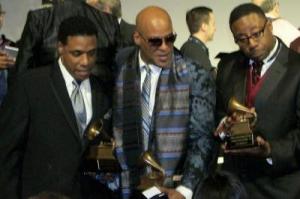 Meet the amazing Americans who are sitting with First Lady Michelle Obama for the 2013 State of the Union Address: http://wh.gov/dTLa