I live feel good stories: Meet the most awesome cop in Miami.

Last month Miami-Dade Police Officer Vicki Thomas encountered a woman shoplifting $300 worth of groceries from a South Florida Publix, reports WSVN. When Jessica Robles told Thomas she was desperate to feed her three hungry children, Thomas ran her background, saw no major criminal history, and only charged her with a misdemeanor. But her kindness didn’t stop there. Thomas also took her back inside and bought the family $100 worth of food.

Read the full report at WSVN.com.

Did you know that …UPS was founded by two teenagers with one bicycle and $100. Anything possible. Follow your dreams. Seriously!

Did you know that …UPS was founded by two teenagers with one bicycle and $100. Anything possible. Follow your dreams. Seriously!

New word: Neophobia is the fear of new foods or new things.

New word: Neophobia is the fear of new foods or new things.

This is a must see: 25 Must-Follow NGO Resources on Twitter: http://t.co/laMTmMHr6k

In some cases, it would be cheaper to give homeless people homes, than to let them live on the street. What do you think? We have plenty blighted property that don’t take much to make habitable.

In some cases, it would be cheaper to give homeless people homes, than to let them live on the street. What do you think? We have plenty blighted property that don’t take much to make habitable.

HUFFPOST INVESTIGATES: More than 40,000 boys and girls have gone through prisons run by this company with long history of abuse. It’s a disturbing prison empire: http://huff.to/1h55bqT #PrisonersOfProfit

Posted by danetteoneal1 on October 22, 2013
Posted in: education. Leave a comment

We hate to see stories like these. Please remember to stay safe out there! You can find more safety tips here: http://www.realtor.org/topics/realtor-safety

Posted by danetteoneal1 on October 22, 2013
Posted in: Home Ownership. Leave a comment

Real estate professionals across the country have been attacked in model homes, during open houses, and in their own offices over the last few weeks.

In one incident, a 29-year-old Ryan Homes sales agent was reportedly attacked by two masked men in a model home last Thursday afternoon. According to police, the two men approached the female agent from behind and sprayed her with Mace. The two men allegedly stole the woman’s jewelry and then fled the model home. The agent then ran into the neighborhood calling for help, where a couple and a college student called 911 for her.

“She was running down the street and she had no shoes or socks on and it was cold so I knew something was up,” neighbor Tevin Pitts told WLWT News 5. “Her nose was bleeding and she couldn’t see and she kept asking for help.”

Police are still looking for the two suspects.

Ten miles away and a few days prior, a real estate professional was holding an open house in Trenton when the home was burglarized by two men. One of them distracted the agent while the other man stole jewelry and a TV, the agent told police.

“They didn’t seem very suspicious until after you added everything up,” the real estate professional told WLWT News 5. The two men were in their mid- to late 20’s. The men also took the open house sign in sheet.

Police are investigating whether the two recent incidents in Ohio are connected.

Meanwhile, in Plymouth Township, Pa., a man was arrested in connection with the robbery of an 84-year-old real estate agent. The agent had buzzed the men into his real estate office building. The men had asked about renting a home but the agent told him it was unavailable. One man then reportedly pulled a gun while the other tied the agent to his desk chair. The men stole money from the agent’s pockets and ripped the phone off his desk before leaving, police reported. The victim was not injured. Police are still searching for the second suspect in the crime.

The National Association of REALTORS® urges its members to stay alert and access the numerous safety tip sheets, webinars, and resources for to help them stay safe during showings, open houses, and in other job-related situations.

On October 22, 1963, a coalition of civil rights groups staged Freedom Day, a mass boycott and demonstration against segregated schools and inadequate resources for black students. Almost half of Chicago’s public school students skipped class, leaving many schools on the South and West Sides virtually empty.

Posted by danetteoneal1 on October 22, 2013
Posted in: education, History Facts. Leave a comment 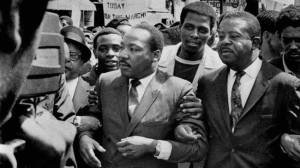 Learn more in these resources from 63 Boycott and a special event in Chicago tonight: http://bit.ly/1fSQEj4

Robert Reich
First came the drama over the government shutdown. Then the showdown over the debt ceiling. Now another round of negotiations on the budget deficit. Pardon me for asking, but when exactly will Washington begin to deal with the crisis of jobs, wages, and widening inequality? The Labor Department reports this morning that only 148,000 jobs were created in September, way down from the average of 207,000 new jobs a month in the first quarter of the year. Today’s official unemployment rate of 7.2 percent reflects only those who are still looking. If the same percentage of Americans were working today as when Barack Obama took office, today’s unemployment rate would be 10.8 percent. And inequality keeps widening. Ninety-five percent of the economic gains since the recovery began in 2009 have gone to the top 1 percent. The real median household income continues to drop, and the number of Americans in poverty continues to increase.

So what’s Washington doing? Less than nothing. Our real problem continues to be a dearth of good jobs, and widening inequality. Cutting the budget deficit anytime soon will make both worse — by further reducing total demand for goods and services, and eliminating programs that lower and middle-income Americans depend on. 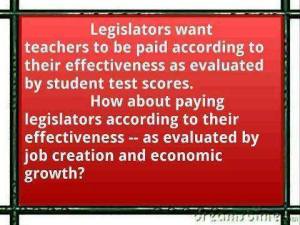