Posted by danetteoneal1 on December 2, 2017
Posted in: Uncategorized. Leave a comment 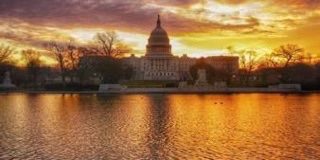 Early Saturday morning, the U.S. Senate, by a vote of 51-49, passed legislation that would change the face of homeownership in this country for decades to come. The House passed its own version of tax reform Nov. 16.

Now, members of the Senate and the House must meet to agree on a final bill. It’s not too late to make your voice heard. Join us in telling your members of Congress that incentives for homeownership and the capital gains tax exclusion on the sale of a home MUST be protected. On Monday, Dec. 4, NAR will issue a new Call for Action. If you haven’t already signed up to receive CFAs on your phone, please text ACTION to 30644!

By 2027, the Trump-Republican plan will cost middle-class families $5.3 billion and enrich the top 1 percent by $5.8 billion — not to mention cuts to Medicaid and Medicare and the destruction of the Affordable Care Act. Disgraceful.

Posted by danetteoneal1 on December 2, 2017
Posted in: Uncategorized. Leave a comment

Never before in history has Congress worked so quickly, affecting so much of the economy and so many of our people, with so little deliberation. This is a travesty of democracy.