Posted by danetteoneal1 on February 26, 2018
Posted in: Uncategorized. Leave a comment 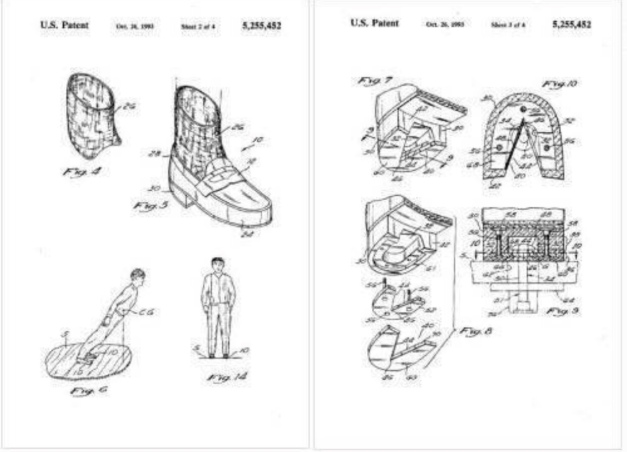 The legendary performer was so committed to his craft that he invented a pair of shoes for the execution of a single dance-move: the smooth-criminal lean. That’s how MJ and his dancers were able to appear as though they were defying gravity when executing the maneuver pictured above. The abstract description on his patent reads: A system for allowing a shoe wearer to lean forwardly beyond his center of gravity by virtue of wearing a specially designed pair of shoes which will engage with a hitch member movably projectable through a stage surface. The shoes have a specially designed heel slot which can be detachably engaged with the hitch member by simply sliding the shoe wearer’s foot forward, thereby engaging with the hitch member. He’s always been considered a musical genius, but who would have thought he also had to chops to cobble a pair of gravity-defying shoes? I guess it’s not surprising; he did invent the moonwalk after all.