Posted by danetteoneal1 on January 27, 2015
Posted in: Home Ownership. Leave a comment

There are two things related to points that you can’t deduct:
1. Interest buy-downs your builder paid
Some builders put money in an escrow account (as a buyer incentive) that the lender taps each month to supplement your mortgage payment. Those aren’t considered points even though the money is used for an interest payment and it’s prepaid. You can’t deduct the money the builder put into that escrow account.

2. Interest payments from government programs
You can’t deduct points paid by a federal, state, or local program, such as the federal Hardest Hit Fund, to help you if you’re experiencing financial trouble.
(Houselogic) 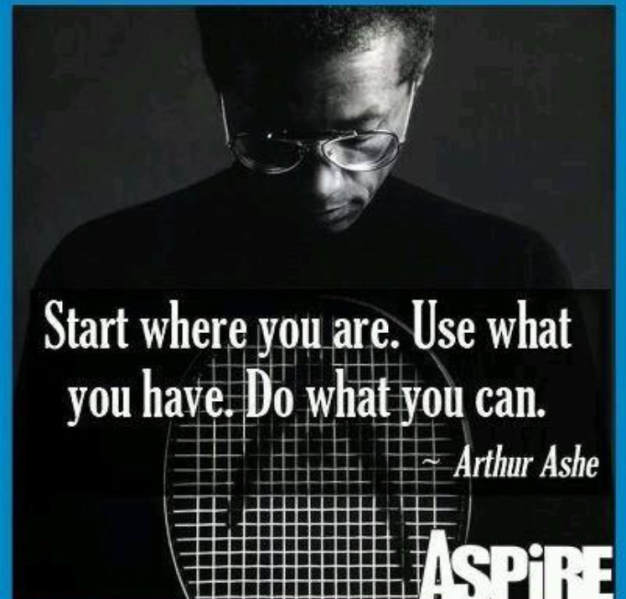 Black Friday sale at appliance store Most people know Black Friday is a good day for deals, but September, October, and January are some of the best months to buy.

Posted by danetteoneal1 on January 24, 2015
Posted in: Uncategorized. Leave a comment

Black Friday sale at appliance store
Most people know Black Friday is a good day for deals, but September, October, and January are some of the best months to buy.
When it comes to landing bargains on major appliances, timing is everything. And the best time to buy home appliances is when stores need you more than you need a new home appliance.
Generally, that means you can get more value for your money:
September, October, and January when manufacturers roll out new home appliance models, and retailers are eager to move last year’s inventory. (Refrigerators are the exception. New models come out in the spring.)
Last days of the month when stores are desperate to meet quotas and are more likely to dicker over prices.
Thursday, the day before the weekend rush when aisles are less crowded.
Major holidays — Labor Day, Memorial Day, President’s Day, Black Thursday (Friday, Saturday) — when stores take advantage of your day off and slash prices.
Fall and winter are the best seasons to buy air conditioners and gas grills, because few buyers think about warm-weather appliances when leaves and snow cover the ground. Houselogic.

Posted by danetteoneal1 on January 23, 2015
Posted in: Home Ownership. Leave a comment

Despite low inventory conditions, existing-home sales bounced back in December and climbed above an annual pace of 5 million sales for the sixth time in seven months, according to the National Association of Realtors®. Median home prices for 2014 rose to their highest level since 2007, but total sales fell 3.1 percent from 2013. 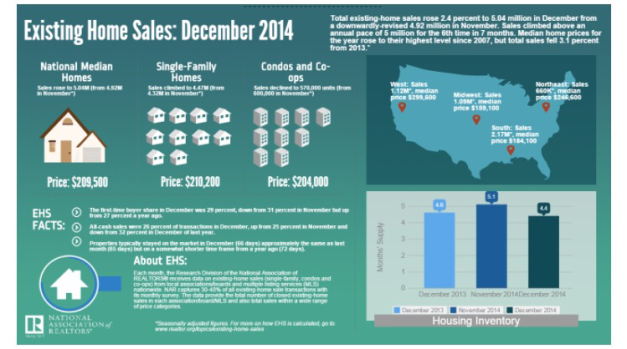 Why the middle class needs unions:

Posted by danetteoneal1 on January 23, 2015
Posted in: Uncategorized. Leave a comment

New Data Shows That Union Membership Continues To Decline
The rate of unionization among wage and salary workers went down in 2014, from 11.3 percent to 11.1 percent, according to annual data released by the Bureau of Labor Statistics today. The number of unionized workers, at 14.6 million, was unchanged from 2013.

From the national debate over how to address income inequality, to President Obama talking about “middle class economics” in his State of the Union address, unions are more important than ever. In CAP’s recent report on inclusive prosperity, one of the key recommendations was to expand worker voice by making procedures governing collective bargaining fast and fair and remove the atmosphere of conflict that can surround representation elections and bargaining over initial contracts. 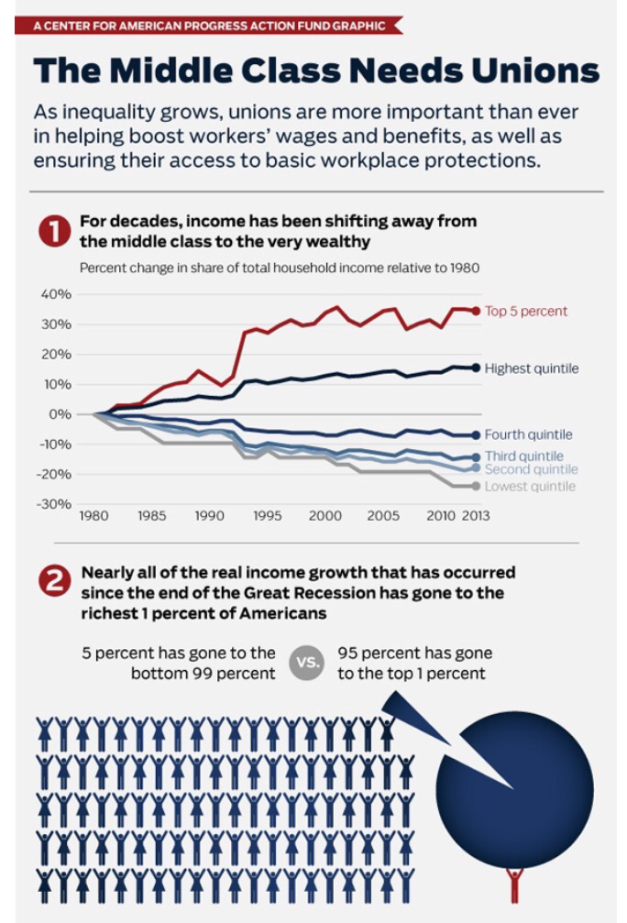 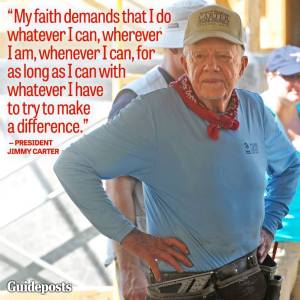 Interest you pay on a mortgage of up to $1 million — or $500,000 if you’re married filing separately — is deductible when you use the loan to buy, build, or improve your home.

If you take on another mortgage (including a second mortgage, home equity loan, or home equity line of credit) to improve your home or to buy or build a second home, that counts towards the $1 million limit.

If you use loans secured by your home for other things — like sending your kid to college — you can still deduct the interest on loans up $100,000 ($50,000 for married filing separately) because your home secures the loan.

Posted by danetteoneal1 on January 21, 2015
Posted in: Home Ownership. Leave a comment

The White House announced a few weeks ago plans to reduce government mortgage insurance premiums in an effort to make homeownership more affordable for low-income buyers. Housing and Urban Development Secretary Julián Castro said the Federal Housing Administration would slash insurance fees by more than a third, from 1.35% of the loan amount down to .85 percent. The FHA had a 30% share of the mortgage insurance market in the third quarter of 2014, according to Bloomberg.

Mortgage insurance, required of FHA borrowers, is meant to protect the lenders in case of default by allowing them to recoup some of their losses. Over the next three years, the FHA projects the rate drop will allow 2 million borrowers to save an average of $900 a year when they purchase or refinance a home. The agency also estimates these savings will encourage 250,000 first-time buyers to enter the market.

The move marks a trend of recent policy changes meant to help low-income Americans get into the housing market. In December, mortgage providers Fannie Mae and Freddie Mac announced that certain first-time buyers could now qualify for a loan with a down payment of just 3 percent of the home’s value.

Taken together, today’s announcement and lower down payment requirements should make the housing market far friendlier for the economically disadvantaged. However, David Stevens, CEO of the Mortgage Bankers Association, told CNBC that the effect of the new policy may not spur an especially large increase in home buying.

“I think the marginal impact on sales will be small because potential buyers make the decision to purchase based on trigger events, such as a new job, marriage, kids, etc,” Stevens told the network. “Changes in affordability only impact how much home they can buy.”

While Democrats have been supportive of policies that aid low-income and new homebuyers, Republicans are concerned that lower insurance premiums could put the government at risk if borrowers once again default in large numbers. The FHA has previously required billions in taxpayer assistance, and while the agency is no longer losing money, its capital requirements will not meet the legal limit until 2016. Read more at : http://time.com/money/3659411/obama-cuts-mortgage-insurance-premiums/

What he’s said: “For us, and millions of Americans like us, buying a home has always been about more than owning a roof and four walls. It’s about investing in savings, and building a family, and planting roots in a community … I’m going to take a new action to help even more responsible families stake their claim on the middle class and buy their first new home.” (Jan. 8, 2015)

How it would affect you: The proposal would cut insurance fees for homes bought with Federal Housing Administration-backed loans, saving borrowers an average of $900 a year.

Will it happen: Yes. The policy will be implemented by the Department of Housing and Urban Development, which is under Obama’s control.

Expanding travel to Cuba- The idea: Obama called for normalizing relations with Cuba, a process he’s already started by easing travel and commercial restrictions with the island nation.

What he’s said: “Neither the American, nor Cuban people are well served by a rigid policy that is rooted in events that took place before most of us were born… I believe that we can do more to support the Cuban people and promote our values through engagement. After all, these 50 years have shown that isolation has not worked. It’s time for a new approach.” (Dec. 17, 2014)

How it would affect you: You will soon be able to catch a flight directly to Cuba without getting a special license, use credit and debit cards there and bring back cigars.

Will it happen: Mostly. Obama has already taken steps to restore relations with Cuba, although Congress is unlikely to lift the 54-year-old trade embargo anytime soon.

What he’s said: Speaking about a photograph of Earth from space: “And that image in the photograph, that bright blue ball rising over the moon’s surface, containing everything we hold dear — the laughter of children, a quiet sunset, all the hopes and dreams of posterity — that’s what’s at stake. That’s what we’re fighting for.” (June 25, 2013)

How it would affect you: Depending on where you live, the proposal could raise your energy rates. It would also reduce a potent greenhouse gas that contributes to climate change.

Will it happen: Likely. The proposal is part of the Environmental Protection Agency’s standard rules-making process, which Obama oversees.

Preventing ‘fast lanes’ on the Internet- The idea: Obama called for the Federal Communications Commission to reclassify broadband Internet as a utility, which would give regulators more power over providers like Comcast.

What he’s said: “High-speed broadband is not a luxury, it’s a necessity. … This is about helping local businesses grow and prosper and compete in a global economy. It’s about giving the entrepreneur, the small businessperson on Main Street a chance to compete with the folks out in Silicon Valley, or across the globe.” (Jan. 14, 2015)

How it would affect you: Some Internet providers want to offer so-called “fast lanes” for customers who pay more. This proposal would likely bar that.

Will it happen? Unclear. The FCC is an independent agency, but Obama’s backing gives the idea much more prominence in the debate.
Notifying consumers of data hacks

The idea: Obama called on Congress to pass the Personal Data Notification and Protection Act, which would require companies to notify customers within 30 days if they’d been hacked.

What he’s said: “If we’re going to be connected, then we need to be protected. As Americans, we shouldn’t have to forfeit our basic privacy when we go online to do our business.” (Jan. 12, 2015)

How it would affect you: Over the last year, JPMorgan Chase, Target, Home Depot and P.F. Chang’s have all had data breaches. You might hear sooner about those if they affect you.

Will it happen: Unclear. Many states already require companies notify affected customers, so it’s not too heavy of a lift to call for a national standard.

How it would affect you: If you’re looking to go to community college, you could save $3,800 a year on tuition. You could then use existing financial aid programs for housing and books.

Will it happen: Unlikely. Congressional Republicans are not likely to go along with the plan, which would cost up to $60 billion over 10 years.

Offering paid sick leave- The idea: Obama called on Congress to pass the Healthy Families Act, which would require companies to offer workers an hour of paid sick leave for every 30 hours they work.

What he’s said: “There are 43 million Americans who don’t get paid sick leave, which when you think about it is a pretty astonishing statistic. And that means that no matter how sick they are, or how sick a family member is, they may find themselves having to choose to be able to buy groceries or pay the rent, or look after themselves or their children.” (Jan. 15, 2015)

How it would affect you: Right now, most employers are required to offer up to 12 weeks unpaid leave for family health problems, but many workers can’t afford to take it.

Will it happen: Unlikely. Hill Republicans are unlikely to even allow a vote on the bill, which had only Democratic sponsors in the last Congress.
Read more at -http://time.com/3670372/state-union-obama-ideas/?xid=newsletter-brief